And there's a movie too!

Gijs produced this nice video about our (non)championship. He makes it look like we had the best week of flying :-)

The comp dinner will be held at the auberge de lagrand, in Lagrand, just west of Eguyians. Drinks are served from 8 PM.
Gepost door Jochen Zeischka op 06:35 Geen opmerkingen:

It's over. Since the weather conditions yesterday didn't provide us a single thermal within reach, we won't have a valid Belgian Open nor a 2014 Belgian Champion. We were standing beneath thick cloud cover on launch with almost nil-wind conditions. The clouds looked nice above Aspres, but the free flyers who went there weren't able to launch due to back wind. A task was set, but it never looked possible to glide far enough to reach a thermal. I finally launched on the North side and had the smoothest glide out to the camping and laid out a cross for those wanting to attempt a spot landing. Sports class pilot Dawson excelled and produced this beautiful landing, right on the spot. That was some proper landing technique! Oh, the task was actually scored. The winner has 0 points. 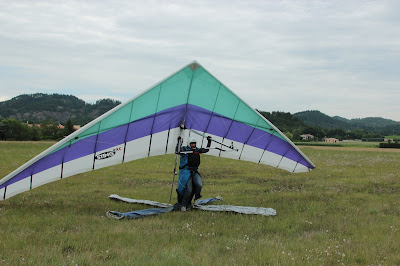 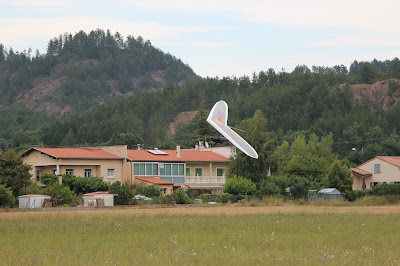 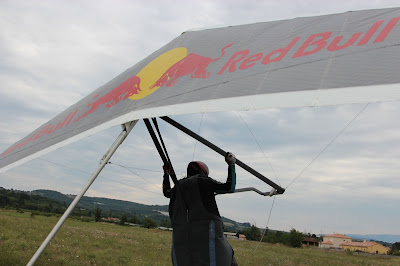 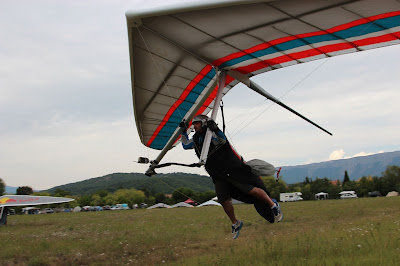 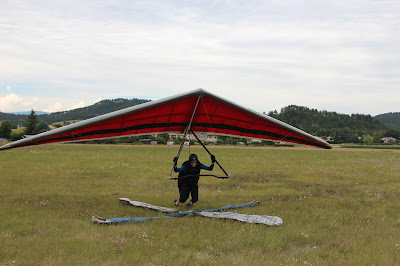 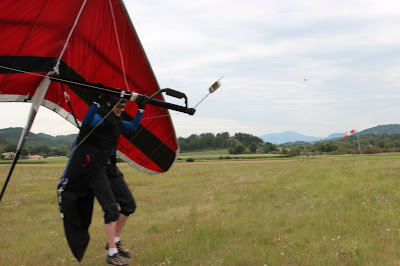 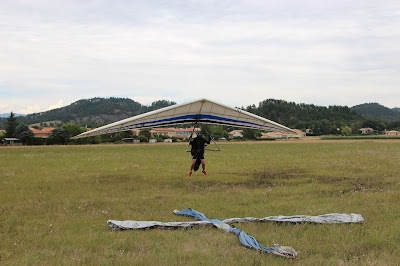 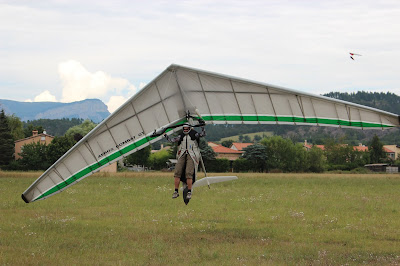 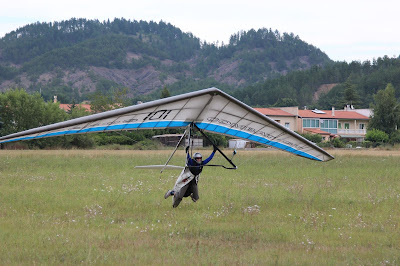 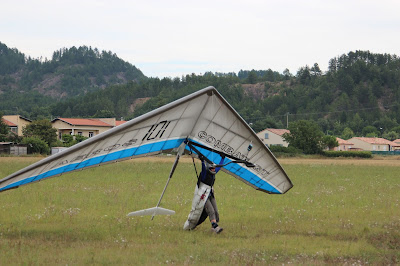 We woke up with a forecast for extremely unstable weather, but with a chance of dryer air flowing in from the West during the day. We decided to head to Aspres and not set up the gliders until the first (few?) storms/showers would have passed. 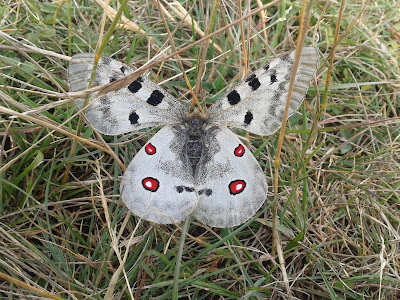 The weather turned out to be exactly as predicted. Very unstable and by 13:30 we were sitting in heavy rain caused by a nearby storm. No lightning though. 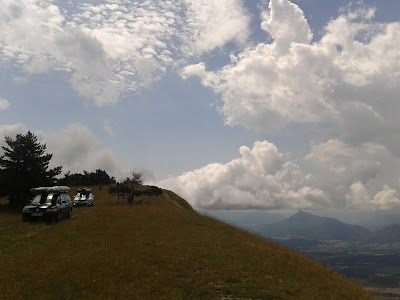 Once the rain passed, a few of us were still hopeful and started rigging the gliders. Lots of pilots weren't convinced at all because we continued to see big clouds and rain showers all around (including a few rumbles of thunder). 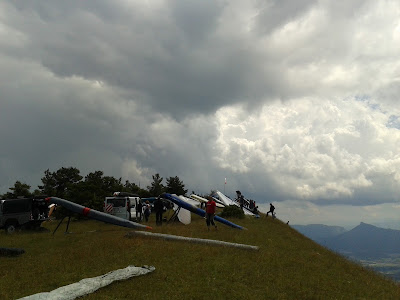 The waiting continued and by 3 o'clock, it looked like a launchable breeze was going to develop. A task was set and we briefed the pilots. At the same time, the safety committee received a report of heavy rain at Sisteron and the task was canceled. It turned out that this was a little early, as many pilots flew immediately after and had a very enjoyable flight from Aspres back to the camping. But, even if the task would have been started, it is questionable whether we would have been able to fly it, since a big cloud started developing over Laragne by the time I started my final glide into the camping. I want to thank the safety committee for their efforts in advising the meet director. They do not have an easy task in these conditions.

At least we were able to fly and we finally could enjoy a landing beer. Let's hope for 2 more flyable days and a valid comp. Today should be flyable, but it might be difficult to find a suitable launch (west winds in Laragne, NW in Aspres...) 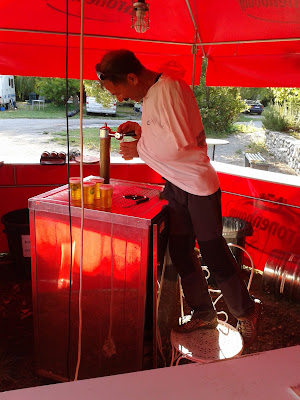 Today we had set an 87 km task. Rather short because of the risk for overdevelopment. And indeed, only 40 minutes after the first start gate at 13:30, the heavens opened right next to the first turnpoint we were about to take. The 2nd turnpoint was already under the same big cloud and our last turnpoint, Hongrie was already close to another thunderstorm. So, although the flying was beautiful, it was impossible to complete the task in a safe way and the task was stopped.

A significant number of pilots did not immediately notice that the task was stopped and some even flew a serious part of the task, despite flying with fear. We cannot stress enough that, even if the task would not be stopped, we would expect sensible behaviour from all pilots. If you are scared of the clouds you are flying below, you should not be flying anymore and should have looked for a place to land before.

May we also ask to report back in time. In these conditions, it is very important for us to know that everybody has safely landed. Thank you :-) 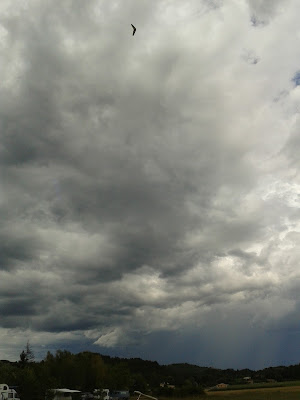 The pilot above is clearly confident in his gust front judgement... and by now we're sitting in a downpour again. Thunder, lightning, the whole show is on.

Today was canceled as well due to high winds. Tomorrow the winds should lie down, so we are still hopeful.
Gepost door Jochen Zeischka op 02:18 Geen opmerkingen:

The task was canceled for Monday 21st and we have postponed today's briefing to 11 AM hoping that the winds will die down.
Gepost door Jochen Zeischka op 00:53 Geen opmerkingen: